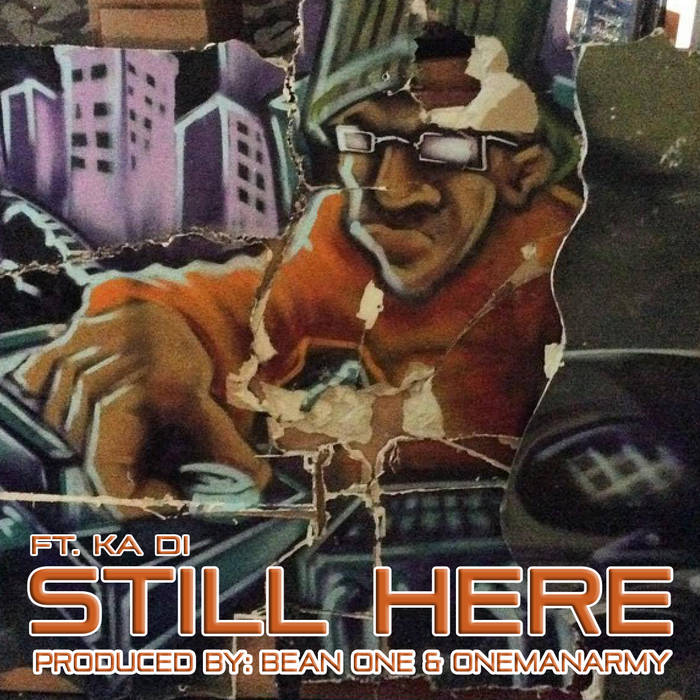 Once upon a time, my brother and legendary Detroit graffiti artist Sintex painted this mural at my old studio, aka the Inklab where I lived in Inkster, Michigan. Most of the songs heard on The Original Born Ones were recorded in that booth. In 2007, our family moved to Cairo, Egypt and I relocated my studio to Pontiac, Michigan. I had to leave this piece behind but before I left, I took photos to preserve the room on my Labor album cover, in 2012. A couple years later I wanted to drive pass the Inklab to see if anybody ever moved in. As I approached the house, the back door was wide open and it appears that somebody had been squatting in the house. I went to the basement and saw how they had punched holes in all the beautiful graffiti. I got so upset I carved and ripped the graffiti off the 2x4 studs and hauled what I could back to Pontiac. This is the story of survival, and how the verses recorded in a room where a living legend painted a wall. The wall was attacked, destroyed and ripped to pieces, put back together again, and now lives to tell about it. A true survivor, still here.

Still Here features Ka Di from Chicago on the hook. One Be Lo discusses how him and his friends used to live wild and crazy, but they survived the traps of the city, still alive. Still here. A friend gets shot in the head, but years later he's still here to raise his children and steer them away from the same drama. He mentions how the prisons are filled with brothers, fathers and uncles who may be out of site, out of mind, but they are still here. Political Prisoners still here. Injustice and racism are still here. Alive and well.

With no supervision in our youth dimension
Screwing women,
food and liquor,
it was too delicious

Who the menace? Yo we on some 'Who is Dennis?'
Moving through ya village,
cruel intentions if ya' jewel expensive

My trust homies only
Sky blue the limit,
even Steven when the moon is risen

The freaks come out,
the beast come out
Black or Brown,
slammed to the ground
ya teeth come out

Black and Blue,
Dracula food,
you leak some out

'Zoom!' To emergency room, you need some now...

Chemistry bad,
enemies blast
On the curb liquor we splash,
the memories last

Sort of like our fore fathers,
painted History black

Silly you ask,
What is called for?

Eleventh grade,
Swan got shot on the ball court (pow!)
Skipped school when she called my phone
I'm in the hospital room, I seen it all unfold
Foul shots got made,
Trotter still on the globe'
Ten years later buck shots still in his dome
All Praise due to God,
didn't send for his soul
Now a wife and six kids,
barely Thirty years old, he still here

We play Tekken with skill
Hold weapons and shield
Feel the weight on ya' shoulders,
peer pressure is real
A lot of children fall victim
get arrested or killed
In the streets even summertime temperature chill
You see ya' father and ya' uncle and big brother in prison
Just look at the statistics,
millions stuck in the system
It's like Elmer's paste when the judge rest the case
Each metal cage hold us till we reach elder's age...

Fail to pray we either got hell to pay, or bail to pay
No mail today
Justice or Just us in correctional
Collect calls home
Outta sight,
outta mind
Living life with no parole
We' still here

from The Original BORN ONES, released February 27, 2016
Produced By: Bean One & OneManArmy
Lyrics By: One Be Lo
Chorus By: Ka Di
Recorded in Michigan(InkLHB), Seattle, Chicago
Mixed and Mastered by: Autocons