from C Section by One Be Lo 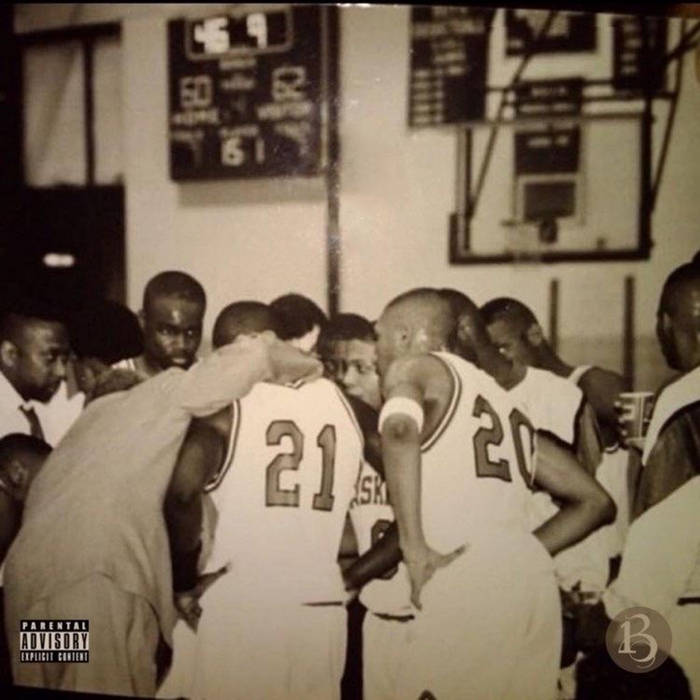 
Based on a true story, not for glory but self explanatory. This is the last track that I recorded for this project. Initially it was just an experiment to see if I would actually like it and want to keep it. When I first heard the beat, I liked the strings but I didn’t think the drums fit with the poem so I had Dissarm leave out the drums up until the end. I recorded the poem in one take, a couple hours before my LAX departure so I didn’t have much time to waste and I wasn’t really sure what Dissarm was gonna think about me reading a poem without the drums. This piece is very personal and vulnerable. I I was skeptical at first, but it kept growing on me the more I listened to it. Flag Rant was originally written for my biography (I know why the caged bird raps) and the actual title is ‘Buck Shot Shorty’ but I really wanted to keep all the track titles basketball related. At first I was calling it ‘Lay up’ or ‘Foul Play’ but eventually I changed it to Flagrant. After deciding to add it to the project, I had to think about where to place this 5 minute long track. I thought about it being the intro but it was too long or a rant to be an intro. That’s when I decided to call it Flag Rant.

My closest friends on the High school Basketball team
Coolest around
Most of our rivals played in other towns
We shot rounds on playgrounds
Every now and then,
Some players go out of bounds
That's when the clock stops.

If the Officials pay attention
You might hear a sound

For us, it's normal to shoot and play above the rim
On the court, this is no sin
Sometimes players talk junk
This day the opponent went on a fast break
He ran to his trunk
Not a pump fake,
but fake with the pump

He drove to the hole for a slam dunk
Not a lay up
From below the rim,
see somebody laid up

Nobody called the Offensive foul?

He moves...
Pass the ball for a sawed off tool
Pass the see-saw and merry go round of an elementary school playground
That ain't cool

School homework is important,
but Life is the class

The phone rang
They told me one one my best friends had almost been slain.

Shot like eight times,
a few in the head
I heard what they said and thought for sure he was dead

So I skipped school and went to the hospital to visit my cousin
I broke down when I saw all the tubes and how they stuffed him
His nickname was Swan,
now a duckling,
so ugly
Dark and not lovely
Face all bruised and puffy
Once, we...
Hooped for the Huskies
So he was normally drug free
Now doped up like a drug fiend,
unconscious from all the suffering

Before the vision could crush me
I escaped to the hallway, luckily

That first night I got home late

How did this happen?

Yesterday we were laughing,
Now today it's so tragic
The disappearing act was magic
but nothing fantastic

I shoulda coulda woulda picked him up in my Ford
A stick shift with four doors
But that wasn't important
The ambulance was his Escort
And due to circumstances, a better transport

Should I grab me a gun and start acting tough?

Am I man enough?

A few pellets in the face, chest and shoulders

From the initial report, we all thought it was over

Much confusion when you grip the news second hand
Guess again

I rather go to the source and check the man
Everything happens for a reason
God must have a lesson planned
Some people get a second chance
Now the question is...
Do I wanna use this weapon in my hand?

Me looking back at the situation

And he, looking forward to recuperation
More gauze and medication,
therapy and reparation
From in-animation to standing ovation
More cause for celebration

We eventually saw graduation
Despite whatever grades,
some of us barely made it