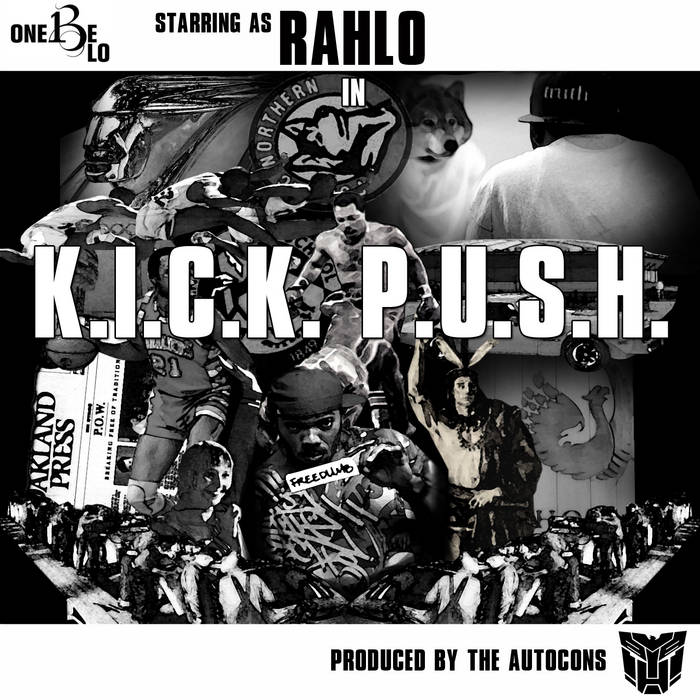 Robby Townsend One Be Lo is the premier emcee of the 21st century. From Binary Star to all of his solo albums, this man doesn't miss. This album is no different. Favorite track: Saturday (feat. Charmaine Gibson).

That was my mentality when I first started making music in high school, growing up in Pontiac Michigan. 20 years later, that motto holds a different position in the career of One Be Lo.

K.I.C.K. P.U.S.H. was birthed in the wee hours of the night, while most people were resting and preparing for the next workday. After spending long days recording and mixing the LABOR album, it felt like going to Widetrax studio afterwards was more like taking a break from the actual job. The LABOR project is very conceptual. There are many layers in that project, and I expect people to take a while to get all of it. This K.I.C.K. P.U.S.H. is a fun record. Recording it was fun because there was no pressure to do it, but we still maintain the same work ethic. At one point, Pontiac was known for manufacturing cars, that moved people all over the world. Now that the auto industry is a ghost in our town, we carry on the tradition of manufacturing music that will move people all over the globe, whether you have a car or not.

K.I.C.K. (Keep It Cool Kid) P.U.S.H. (People Usually Show Hate) represents the raw energy that inspired me to make music over 20 years ago. We were always self motivated because most people around us didn’t understand what we were doing, or had the crab in the bucket mentality. In some instances we had to KICK down doors and PUSH our way in. For everybody that understands, sounds of Nahshid originate good rhymes and music. Something to interest Lo listeners beyond original recorded networkings. Real emcee’s bring intelligent rhymes to HipHop. Language arts based on Reality. Keep it cool kid. People usually show hate. That’s the motto.